Board of Player Representatives 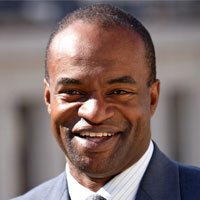 DeMaurice Fitzgerald Smith is the Executive Director of the National Football League Players' Association (NFLPA). He was elected unanimously by a board of active player representatives on March 16, 2009 and re-elected unanimously to a second term on March 29, 2012. ESPN opined that Smith had assumed the toughest job in sports by succeeding the late Gene Upshaw and heading into the most contentious and public labor/management battle in sports history.

On August 4, 2011, Smith signed a 10-year Collective Bargaining Agreement with NFL management, leading the Players through the owners’ 132-day lockout. Smith and his team employed a novel multi-faceted strategy that combined a successful legal attack on the NFL’s lockout funds, a federal and local legislative agenda, creative use of social media and the unprecedented securing of the first employee anti-lockout insurance policy. The new CBA codifies new health and safety protocols for Players, achieved longer off-seasons, significantly reduces the amount of contact during practices, provides for unannounced inspections of training camps, creates the first compliance and accountability structure for NFL medical personnel, and provides the Players’ with their highest share of TV contract revenues in history.

Prior to his post at the NFLPA, Smith was an Assistant United States Attorney in the District of Columbia and was Counsel to then Deputy Attorney General Eric H. Holder, Jr. He was awarded the US Attorney’s Office highest honor for courtroom advocacy and the Department of Justice’s highest honor by US Attorney General Janet W. Reno. Smith served as a Partner in firms of Latham & Watkins, LLP and Patton Boggs, LLP, in Washington, D.C. where he represented corporations, boards of directors and senior executives in civil and criminal matters.

Smith has been awarded the Eleanor Roosevelt Human Rights Award, the Keeper of the Dream Award, by the Action Network Alliance, the City of Justice Award by the Los Angeles Alliance for a New Economy and was inducted into the Ohio Foundation of Independent Colleges’ Hall of Excellence. He serves on the Board of Directors for ULLICO; The Board of Directors for the US Congressional Award; and The Board of Advisors for the Office for Access and Advancement for Public Black Universities. Smith Chairs the Annual Georgetown University Lombardi Comprehensive Cancer Center Fundraising Dinner and has been named one of the top 10 most influential executives in sports. 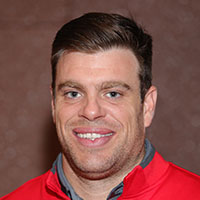 A third-round pick in the 2006 Draft, the University of Miami alum has started 127 games for the Texans, Chiefs, Cardinals and Bengals during his playing career. Winston has been active with the NFLPA since being elected as a Co-Alternate by the Houston Texans in 2010, including being a voice for players during the 2011 lockout and serving on the union’s committees for finance and agent discipline.

Elected to his third term as NFLPA president in 2018, Winston has helped improve the day-to-day lives of the players by helping them better prepare for life after football, both physically and financially. Widely respected by his peers, he is known as being an outspoken voice for player’s rights. 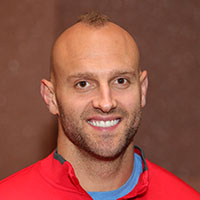 The linebacker out of Boston College debuted as an undrafted player in 2011 for the New York Giants and went on to win a Super Bowl in his first pro season. Herzlich was recognized as a young leader by his teammates, and he attended his first NFLPA Board of Representatives meeting after his rookie season. In 2018, he was elected treasurer by his fellow player representatives.

In 2017, Herzlich was selected as the Giants’ Walter Payton Man of the Year award nominee for his outstanding community service activities off the field as well as excellence on the field. While in college, Herzlich beat a rare form of bone cancer and now generously gives his time to aid others battling the disease and supporting his teammates’ charitable endeavors. He has worked with Uplifting Athletes, which supports rare diseases research, as well as the Sarcoma Foundation of America. In 2009, Herzlich received Disney’s Wide World of Sports Spirit Award for his courage in beating cancer, as well as the Nils V. “Swede” Nelson Award for his outstanding sportsmanship. In 2010, he received the Rudy Award after returning to start at outside linebacker for Boston College, awarded to the player who demonstrates exemplary character and courage. 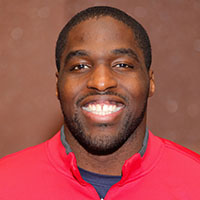 The outside linebacker from Texas, has become immensely involved with the NFLPA since he entered the league. Selected by the Arizona Cardinals in the 2011 NFL Draft, Acho recorded the second most sacks ever by a Cardinals rookie. In 2015 he signed with the Chicago Bears and was selected as the team’s NFLPA player representative. In 2018, he participated in the NFLPA’s Externship program, working with the International Justice Mission. He was also elected to serve on the NFLPA Executive Committee in 2018. In August 2019, Acho was signed by the Buffalo Bills.

For the second season in a row, Acho was selected as the team’s nominee for the 2017 Walter Payton Man of the Year award. In addition to the community work he does in Chicago, he is also actively involved with his family’s Living Hope Christian Ministries charity, which includes an annual trip to Africa to assist those needing medical help. 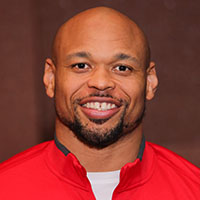 The University of California, Berkeley graduate has been an outside linebacker and special teams standout for the Washington Redskins, Arizona Cardinals and, most recently, the Buffalo Bills, since entering the NFL in 2005. In 2006, teammates began referring to Alexander as the “One Man Gang” for his versatility as a multiple position player. He has served as an NFLPA Player Representative since 2011 and made the Pro Bowl in 2012 and 2016 as a special teams player, winning the game’s defensive MVP during the latter appearance.

In 2017, Alexander was selected as the Bills’ Walter Payton Man of the Year Nominee for his achievements both on and off the field. His ACES Foundation, which he started in 2008, provides enrichment programs for youth in Oakland, Calif. and the greater Washington, D.C. area. He is also involved in a variety of programs including the Play 60 program and hosts an annual charity bike ride called “Ride to Provide” which supports his ACES Foundation. His family has a history of diabetes and is thus a spokesperson for the American Diabetes Association. 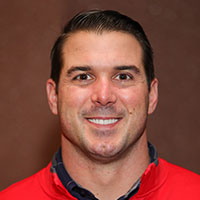 A two-time Pro Bowler and two-time Super Bowl champion, DeOssie is a long snapper and linebacker for the New York Giants. The 2007 fourth-round draft pick has spent his entire career in New York, and was elected as the team’s NFLPA player representative in 2010. In 2008 and 2010, he represented his team in the Pro Bowl.

The Brown University alum and his father, Steve, are the only father-son duo to win Super Bowls with the same franchise. DeOssie is an avid supporter of the Muscular Dystrophy Association, Lupus Foundation of America, and Punt, Pass and Kick Clinics with the Special Olympics of New Jersey. He has also participated in the Giants’ annual Big Blue BBQ benefitting the Hackensack University Medical Center. 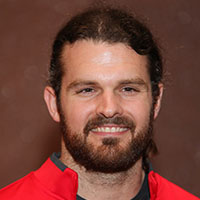 The punter and kickoff specialist from SMU made his debut in the 2009 NFL draft for the New Orleans Saints and went on to win a Super Bowl in his first pro season. He would go on to be selected for the Pro Bowl in 2012 and the team’s elected NFLPA player representative.

Off the field, he started his charity –  What You Give Will Grow, a Thomas Morstead Foundation – to improve the lives of those in need through the support of local causes and organizations, focusing primarily on pediatric cancer. After the 2018 NFC Divisional game versus the Minnesota Vikings, Vikings fans donated more the $140,000 to his foundation. Morstead decided to donate all the contributions he received and will continue to receive to the Children's Hospital in Minnesota.

Okung began his NFL career in 2010 as the sixth overall pick by the Seattle Seahawks. A two-time Pro-Bowler and a Super Bowl champion, Okung has had a successful career with the Seattle Seahawks, Denver Broncos and is currently an offensive tackle with the Los Angeles Chargers.

In 2016, Okung co-founded the Greater Foundation, an organization that helps equip the next generation with the tools necessary to reach their highest potential through mentoring and leadership. Through the foundation and a variety of other initiatives, Okung focuses on providing access and opportunity for the underserved youth in the tech sector. 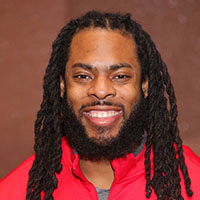 Born in Compton, California, Sherman excelled both on the field as a football and track star, and in the classroom as salutatorian with a 4.2 GPA at Dominguez High School. After a stellar career at Stanford University, the outstanding cornerback was picked by Seattle in the fifth round in the 2011 Draft. Sherman anchored the defense and helped lead the Seahawks to back-to-back NFC Championships in 2013 and 2014, as well as their first Super Bowl title in 2014. Sherman has been named a Pro Bowler four times, in addition to taking home the NFC Defensive Player of the Year award in 2014. Sherman has been an NFLPA Player Representative since September of 2014 and was re-elected in 2018, the same year which he signed with the San Francisco 49ers.

Off the field, he started his charity – Blanket Coverage, A Richard Sherman Family Foundation – in 2013 in order to provide students in low-income communities with clothing and supplies to help them work towards achieving their goals. 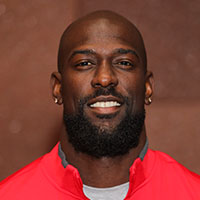 The Stanford graduate is one of the NFLPA’s most active players both on and off the field. After playing one season with San Francisco as an undrafted free agent in 2012, Thomas spent the next five seasons as a free safety and special teams standout for the Miami Dolphins. In March of 2018 Thomas signed a contract with the New York Giants. He was named to the 2018 Pro Bowl.

His community involvement in Miami, California and his hometown of Houston includes: creating the Big Plays for Big Brothers Big Sisters of Miami program; being named NFLPA Community MVP during both the 2015 and 2016 seasons for his youth mentorship initiatives; hosting “Camp Mike T” to expose kids to unique opportunities through computer science and college prep programs; participating in a ride-along with the Broward County Sheriff’s Office; partnering with Food for the Hungry and travelling to Haiti in March 2017 to help raise funds to reduce poverty in the country.

Thomas, who served as Miami’s player rep, was also a part of the NFLPA’s 2018 Externship class, during which he worked closely with Rep. Sheila Jackson Lee on Capitol Hill to learn more about the political process. 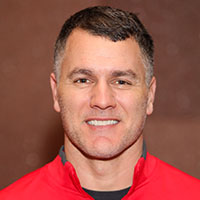 Entering his 23rd season in the NFL, Vinatieri is currently the placekicker for the Indianapolis Colts and the team's elected NFLPA Player Representative. He is a four-time Super Bowl champion, a three-time Pro Bowl selection, a three-time All-Pro selection, and a member of the New England Patriots’ All-1990s, All-2000s and 50th Anniversary teams. He was also named to the NFL’s 2000s All-Decade Team, and is the first kicker to ever win four Super Bowl rings.

He has been a speaker for The Fellowship of Christian Athletes and Athletes in Action, and his charitable endeavors include assisting the Rhode Island Commission Against Domestic Violence and the D.A.R.E. program, which helps children and teens avoid drugs, gangs and violence. 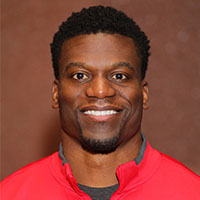 Watson is known throughout the NFL for his charitable endeavors. In 2007, Watson helped distribute Thanksgiving food baskets at Morgan Memorial Goodwill Industries in Boston. Later that year, he traveled to Iraq and Afghanistan with a small group of NFL players on a USO tour visiting military bases. In 2008, Watson and his wife Kirsten created a charitable foundation called “One More” in 2008. Their foundation, a public charity dedicated to impacting lives by meeting real needs, promotes education and provides enrichment opportunities through charitable initiatives and partnerships. In 2017, Watson was named a finalist for the Walter Payton Man of the Year award.

Board of Player Representatives

Player Representatives are selected by their teammates in the fall of every even-numbered year.