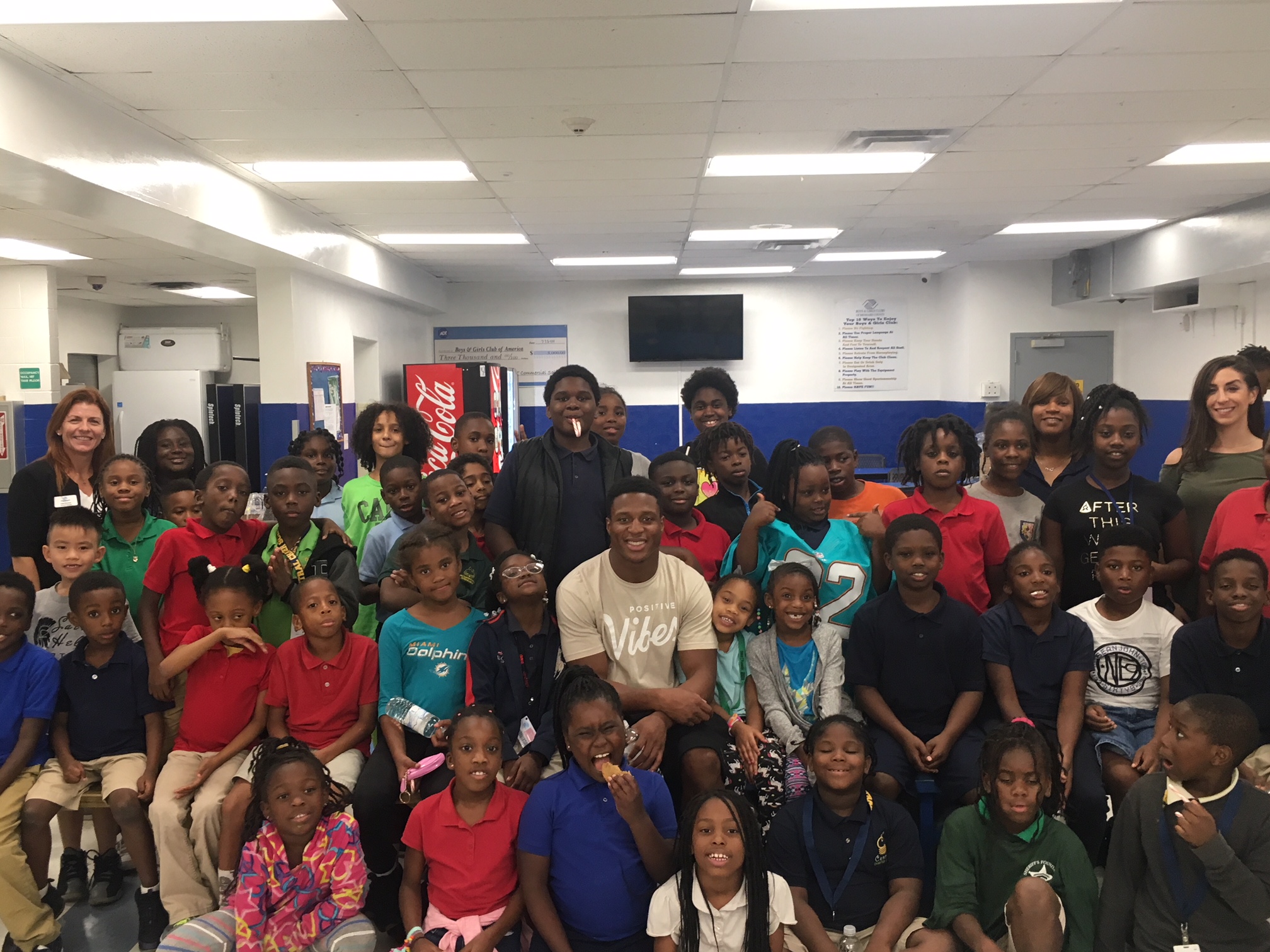 WASHINGTON, D.C. – Kenyan Drake has been named Week 16 NFLPA Community MVP for providing a special night of holiday food and fun for 125 kids at a Boys & Girls Club in Broward County, Florida.

“It’s a very humbling award and an honor to be named Community MVP for Week 16,” Drake said. “I appreciate the recognition, and I just want to be a positive influence for the kids that attend Boys & Girls Clubs -- not just in South Florida, but all across the country.”

When Drake was drafted by the Miami Dolphins in 2016, the running back made a point to locate a nearby Boys & Girls Club. Soon, he began spending a number of his off days there, making spontaneous visits to offer guidance and friendship to the children at the center.

“Growing up attending the Boys & Girls Club in Atlanta, I understand how impactful programs like this are for the youth of today,” Drake said.

Christmas provided a perfect opportunity for Drake to once again connect with the kids. On Dec. 19, he hosted a special holiday dinner for 125 children at the Harold Reitman Boys & Girls Club. Attendees were given candy canes and special Santa hats for them to personally decorate.

The connection that Drake had previously made with the kids was evident. Rather than spend his time posing for photos or signing autographs, Drake immersed himself in their activities and conversations by making his own Santa hat, playing video games and challenging them in foosball.

Drake, who wore specially designed cleats for the Boys & Girls Club of Broward County during the NFL’s My Cause My Cleats in Week 13, also recently hosted a group of kids from the program at Miami’s Jungle Island and has attended everything from flag football camps to monthly club events.

In honor of Drake being named this week’s Community MVP, the NFLPA will make a $10,000 contribution to his foundation or charity of choice along with an in-kind donation to him on behalf of our supporting partner Delta Private Jets. Drake, along with the other 2017 Community MVPs, will also become eligible for this year’s Byron Whizzer White Award, which is the highest honor that the NFLPA can bestow upon a player.