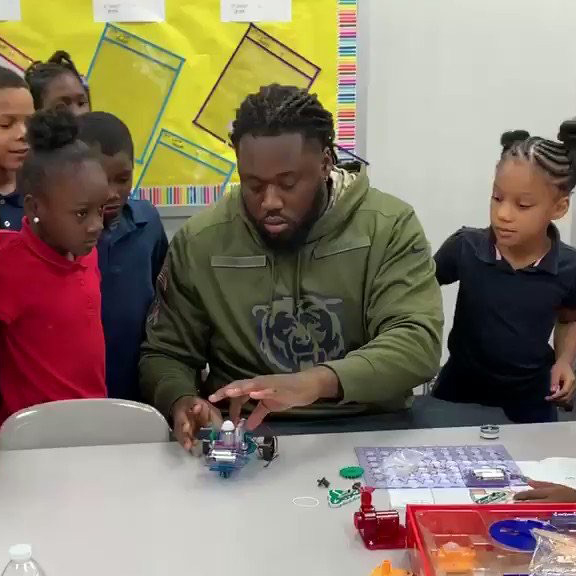 WASHINGTON, D.C. – Rashaad Coward has been named Week 2 NFLPA Community MVP after partnering with Athletes for Charity to launch a STEM and literacy program at Lincoln Elementary School in Indiana.

“I am truly honored to be named NFLPA Community MVP,” Coward said. “I was only answering a call to drive out to Indiana to support some of our youngest fans out that way, who root for us every week.”

On September 17, Coward drove more than an hour south to spend the day with students at Lincoln Elementary and take part in the school’s newest educational program. Along with distributing themed books to the 100 students in attendance, the Bears lineman worked closely with them on various engineering projects.

Coward’s visit was an extension of his service work with Athletes for Charity, a non-profit that partners with sports figures to support the educational development of underserved youth. As a STEM ambassador, Coward has made a commitment to visit Lincoln Elementary once a month so that he can pour back into the students and their program.

“I enjoyed spending time with the kids and talking to them about their favorite STEM subjects and learning about engineering with them,” Coward said. “I am blessed to be in this position and just want to inspire them like other players did to inspire me to pursue my dreams when I was young. I am excited to expose the kids to opportunities I didn't have when I was younger.” 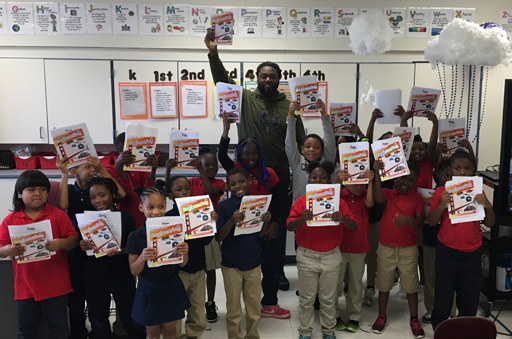 Now in his third season with the Bears, Coward has made a point to give back to the two communities that mean the most to him: his team city of Chicago and his hometown of Brooklyn, NY. Last year, the lineman held his first football camp in Sheepshead Bay and will continue that tradition for as long as possible to benefit the kids of his native city. And in addition to volunteering as a STEM ambassador with Athletes for Charity, Coward plans to partner with the Chicago Police Department for joint visits to select schools throughout the year.

Coward has been a frequent participant in Bears projects and events that give back to the community. Along with visiting the kids of By The Hand Club's after-school program, Dream Academy and Play 60, he has taken time to connect with the patients at Ann & Robert H. Lurie Children's Hospital of Chicago

In honor of Coward being named this week’s Community MVP, the NFLPA will make a $10,000 contribution to Athletes for Charity. Also, our supporting partner Pledge It has set up a crowdfunding campaign to benefit Athletes for Charity. Supporters can pledge contributions based on every offensive touchdown scored by Coward and the Bears this season, or they can make a flat donation:

Coward, along with the other 2019 Community MVPs, will become eligible for this year’s Alan Page Community Award, which is the highest honor that the NFLPA can bestow upon a player.

The NFLPA Community MVP program recognizes NFL players who are making a positive impact in their local communities. Each week during the regular season, the NFLPA will celebrate one NFL player who has demonstrated a commitment to giving back to his community. Please visit our Community MVP page to read more about the program.