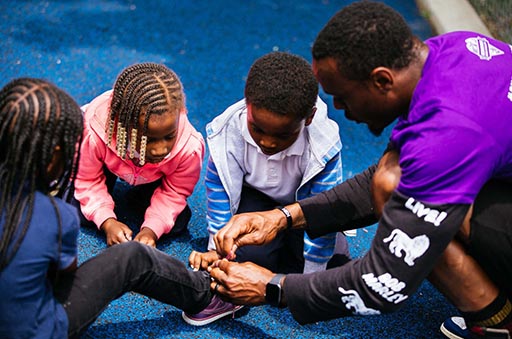 WASHINGTON, D.C. – Brandon Carr has been named Week 5 NFLPA Community MVP after pledging to donate $12,500 per game ($200,000 total) this season to fund free screenings and diagnostic mammograms through the National Breast Cancer Foundation.

With October being Breast Cancer Awareness Month, the Baltimore Ravens defensive back is making the contribution in honor of his late mother, Kathy Gail Carr, who passed away in 2004 after battling breast cancer. Carr and the foundation estimate that about 13,000 women who otherwise might not be able to afford these critical tests will benefit as a result.

“Being named the NFLPA Community MVP of the week is an incredible honor,” Carr said. “There are a lot of players who are doing great things in the community, so to be recognized as this week’s MVP is a blessing.”

As has been the case since he entered the NFL in 2008, Carr has made his impact felt off the field during the season’s first few weeks. In addition to his pledge, the 12-year veteran created a new literacy initiative called “Lit Buddies” last month that will provide bi-monthly subscriptions for books and other resources in an effort to promote a culture of reading among young students. Carr launched the program by donating 250 yearlong subscriptions to students in Dallas and Baltimore, and by making a surprise visit to the second grade class at Baltimore’s Glenmount Elementary School on September 30. There, he provided each student with their first Lit Buddies boxes, which included two new books, a writing journal, a Lit Buddies wrist band, a water bottle and other fun items.

The initiative is an extension of the work done by his Carr Cares Foundation, which focuses on improving literacy and physical fitness among youth. The non-profit also has a literacy mentorship program called “Reading Buddies” for second and eighth grade students that highlights the importance of reading through weekly meetings and activities.

The Carr Cares Foundation also teamed up with the National Breast Cancer Foundation in 2018 to give 150 Hope Kits for women going through treatment as well as 150 kits for children whose mothers were battling the disease. Carr traveled to Texas during his bye week to help pack and deliver the kits and host an event, where he provided custom wigs and full makeovers for five women who had lost their hair due to chemotherapy.

“Growing up, my parents were strong role models in my community and motivated me to want to be the same,” Carr said. “I just want to use my platform to be a blessing to others and motivate our youth to grow up and pay it forward.”

Carr, along with the other 2019 Community MVPs, will become eligible for this year’s Alan Page Community Award, which is the highest honor that the NFLPA can bestow upon a player.

The NFLPA Community MVP program recognizes NFL players who are making a positive impact in their local communities. Each week during the regular season, the NFLPA will celebrate one NFL player who has demonstrated a commitment to giving back to his community. Please visit our websiteto read more about the program.