Editor’s Note: The NFLPA Community MVP recognizes players who are making a positive impact in their local communities. Each week, the NFLPA will celebrate one player who recently demonstrated his commitment to giving back to his community, and will make a donation to the player’s foundation in support. This week’s #CommunityMVP is Vincent Jackson, who held a baby shower last week for 40 military moms. The event was hosted by his Jackson in Action 83 Foundation, which provided each mother with more than $1,000 in gifts.

Vincent Jackson is a man of many talents. The majority of NFL fans know him as the dominant wide receiver for the Tampa Bay Buccaneers, a Pro Bowler who excels at catching the deep ball. This knowledge alone, though, creates a remarkably incomplete picture of the man beneath the shoulder pads and helmet.

Jackson was a straight-A student throughout high school, graduating with a 4.1 GPA. He majored in business at Northern Colorado University while also excelling at wide receiver, graduating as the school’s all-time leading receiver. He was also a starter on the Bears' basketball team.

He is a savvy businessman and entrepreneur, having invested in an array of successful business ventures. Jackson even attended an elite business program for NFL players at the Wharton School of Business, one of the nation’s top business schools.

The foundation for all of this success, according to Jackson, is his military upbringing. His father served in the army for 21 years, and Jackson cites the structure and discipline that were tenements of his upbringing as key to him becoming the well-rounded, successful man that he is today.

“I truly embrace and appreciate my military upbringing because it allowed me to experience a world many kids do not get exposure to,” Jackson told NFLPA.com. “Traveling overseas, visiting various countries, and consistently having to make new friends made me more well-rounded as a person. Not to mention the skills acquired dealing with the adversity that comes with the military lifestyle. I had to learn to adapt to challenges quickly.”

In 2012, Jackson founded the Jackson in Action 83 Foundation on the principles of his military upbringing. The goal of his foundation is to provide support to military families, assisting them in the areas of emotional, physical, and educational health, and other needs.

Jackson cited his “passion for our service men and women” when asked by NFLPA.com about his inspiration for starting his foundation.

“I believe when you take on a Foundation personally you should have a true connection to the cause,” he said. “My mother and father both have worked with the military the majority of my life so it is near and dear to my heart.”

Last week, Jackson’s connection to his cause was on full display. He utilized the Buccaneers’ bye week to hold a baby shower for 40 military mothers, hosted by the Jackson in Action 83 Foundation. The event was an incredible surprise for the mothers, most of whom were new to the military lifestyle.

Kayla Ainsworth, whose husband is in the Air Force, said during an interview with 10News Tampa bay, "I'm a first time mom so I don't know anything. The fact that there's someone who would do all this for us is just awesome. I mean, it's amazing."

When the mothers arrived at the baby shower, they were greeted by beautifully decorated tables and served a delicious meal. Most of the mothers thought that this would be the extent of the event, plus a few small gifts.

“I think most believed they were just being treated to a nice lunch in a beautiful hotel with the possibility of getting a few knick-knacks,” Jackson said. “We totally loaded up their vehicles with baby gear!”

Jackson went well beyond what any of his guests could have imagined. He surprised each attendee with an elaborate gift basket worth over $1,000. The baskets were filled with a variety of supplies necessary for a new mother, including diapers, wipes, car seats, and strollers.

“Seeing the emotion and surprise on the faces of the parents was very moving,” Jackson said. 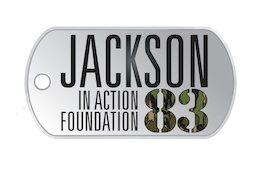 The mothers were incredibly grateful, and expressed their delight at the extra mile that Jackson and his foundation went by presenting them with the gift bags.

“He’s amazing,” Emily Humphrey told 10News. “He just seemed like a great guy, great family and we’re just so blessed that they did this for us.”

The military mother’s baby shower is just one of many events that the Jackson in Action 83 Foundation has planned for this fall. It is among the most active player foundations in the NFL.

Currently, the foundation is involved in their Military Family Home Makeover. The foundation selected a military family via a nomination process, and according to Jackson are “updating the look in their home with new flooring, paint, furniture, window treatments and decor items.” The final reveal will occur on November 3.

Additional upcoming events include the foundation’s Fall Festival on November 8, an event for 50 children who currently have a parent deployed. The event will take place at Old McMicky’s Farm near Tampa Bay, and will include a picnic lunch and farm animals for the children to interact with.

On October 27, the foundation is hosting their second Salute to Reading Program. The program selects nine children to visit Jackson at the Buccaneers team headquarters at One Buc Place each month until April. The children are selected from schools with a high degree of military children, and are chosen based on their reading achievements. 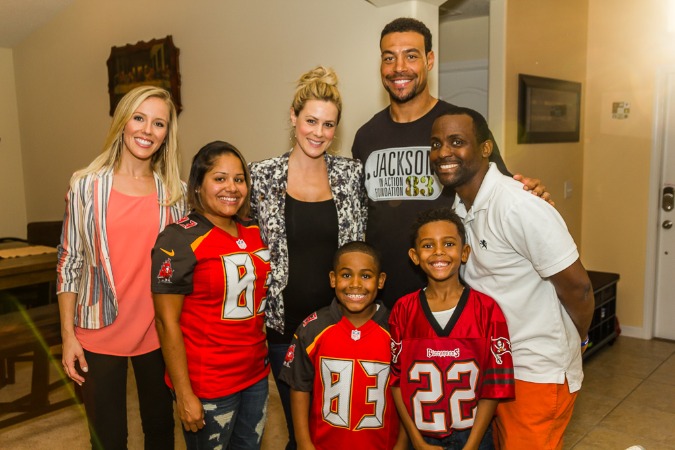 Jackson’s many obligations through his foundation keep him busy, but he has no plans to slow down. He has a vision for the Jackson in Action 83 Foundation.

“I hope to continue to serve those who serve our country in any way I can,” he said. “Possibly one day our programs and endeavors will reach various military bases around the country!”

With a busy schedule and an eye toward the future, Jackson has made an indelible mark on the military community in Tampa Bay.

For more information on the Jackson in Action 83 Foundation and its upcoming ventures, please visit http://www.jacksoninaction83.org. 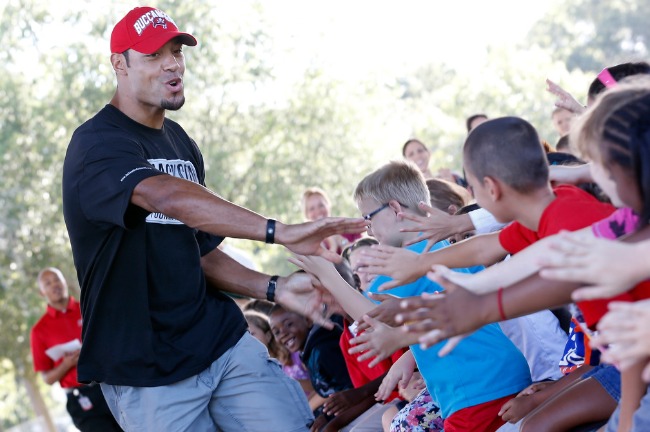